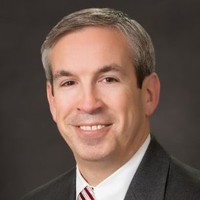 The Board of Directors is pleased to announce the appointment of Michael J. Borges as Interim Executive Director of the New York State Rural Housing Coalition.  Mr. Borges begins his duties on part time basis on September 21st.

Michael has spent the last 16 years successfully leading two professional associations, where he increased membership, event attendance and revenue. In addition, he has over 20 years of public policy experience from both working in the Legislature and on behalf of membership associations, unions, and higher education.

His goals for the next few months include having discussions with as many to RPC’s across the State as possible, performing a survey of the RHC membership, assisting with the Conference, and improving the web site.

“I look forward to working with RHC’s leadership and membership over the next few months and will be reaching out to stakeholders to get their feedback on how we can work together to take the RHC to the next level of success,” stated Mr. Borges.

Posted By : Colin McKnight
Comments : 0
Governor Andrew M. Cuomo has announced the Unified Funding Awards 2013 for shovel-ready projects to build affordable housing across the state. The low-interest loans and tax credits will build and preserve 2,060 units of affordable housing and are expected to leverage more than... Read More
APR
2013

Don’t forget to Register for Peer to Peer Trainings

Posted By : Colin McKnight
Comments : 0
The calendar lists all the peer to peer trainings during the month of May. Choose the one you wish to attend and email colin  @ruralhousing.org to register. Read More
APR
2013

Take Action! The deadline is April 30.

Posted By : Colin McKnight
Comments : 0
HOME and CDBG Funding Alert! The US House and Senate Committees on Appropriations will soon decide how much funding each appropriations subcommittee will receive in FY14, including funding for the Transportation, Housing and Urban Development, and Related Agencies (THUD)... Read More
MAR
2013

Posted By : Colin McKnight
Comments : 0
The proposed rule for the new Rural Housing Stability Assistance Program (RHSP) was published in the Federal Register on March 27, 2013. The public comment period of 60 days began March 27, 2013, and closes May 28, 2013. As this is a proposed rule, it will not go into effect... Read More
MAR
2013

Posted By : Colin McKnight
Comments : 0
The NYS Budget was negotiated by the Governor, the Senate and the Assembly and strong support for Rural and Neighborhood Preservation Programs  have been demonstrated by funding the existing delivery system.  A new Rural and Urban Communities Fund of almost $4.9 million has been... Read More
FEB
2013

Posted By : Colin McKnight
Comments : 0
Alfred A. Dellibovi, President and CEO of the Federal Home Loan Bank is a member  from New York of the Bipartisan Policy Center Housing Commission. We urge you to read the chapter on “The Importance of Rural Housing” in the latest, 2/13, “Housing... Read More
FEB
2013

Other Links to Visit